We are very proud that we have appointed Official Representatives to provide support for our international audience.  They will be able to advice and guide you on the opportunities available and how to get involved with Cake International.

If you have a query regarding the competition and you are based in their representative country, you can speak to these artists direct and they will guide you, we encourage you to follow their Facebook pages or Instagram page as our Official Representatives will promote our events throughout the year in their own language.

Tatyana’s creative career started in 2013.  Since 2014 she started teaching anatomical modeling, and now has one of the largest schools in Russia for modeling from sugar paste and chocolate.

Since 2017, she has opened a school of which has already trained more than 1000 people.

Tatyana is a Gold and silver Cake International award winner.

Having completed a degree in engineering, Alena decided to start baking again.

Alena soon developed a love for sugar flowers after being taught by Alan Dunn and completing his masterclass.  Alena has achieved multiple awards at Cake International show Birmingham and has since qualified as a pastry chef.  Alena teaches sugar flower courses. 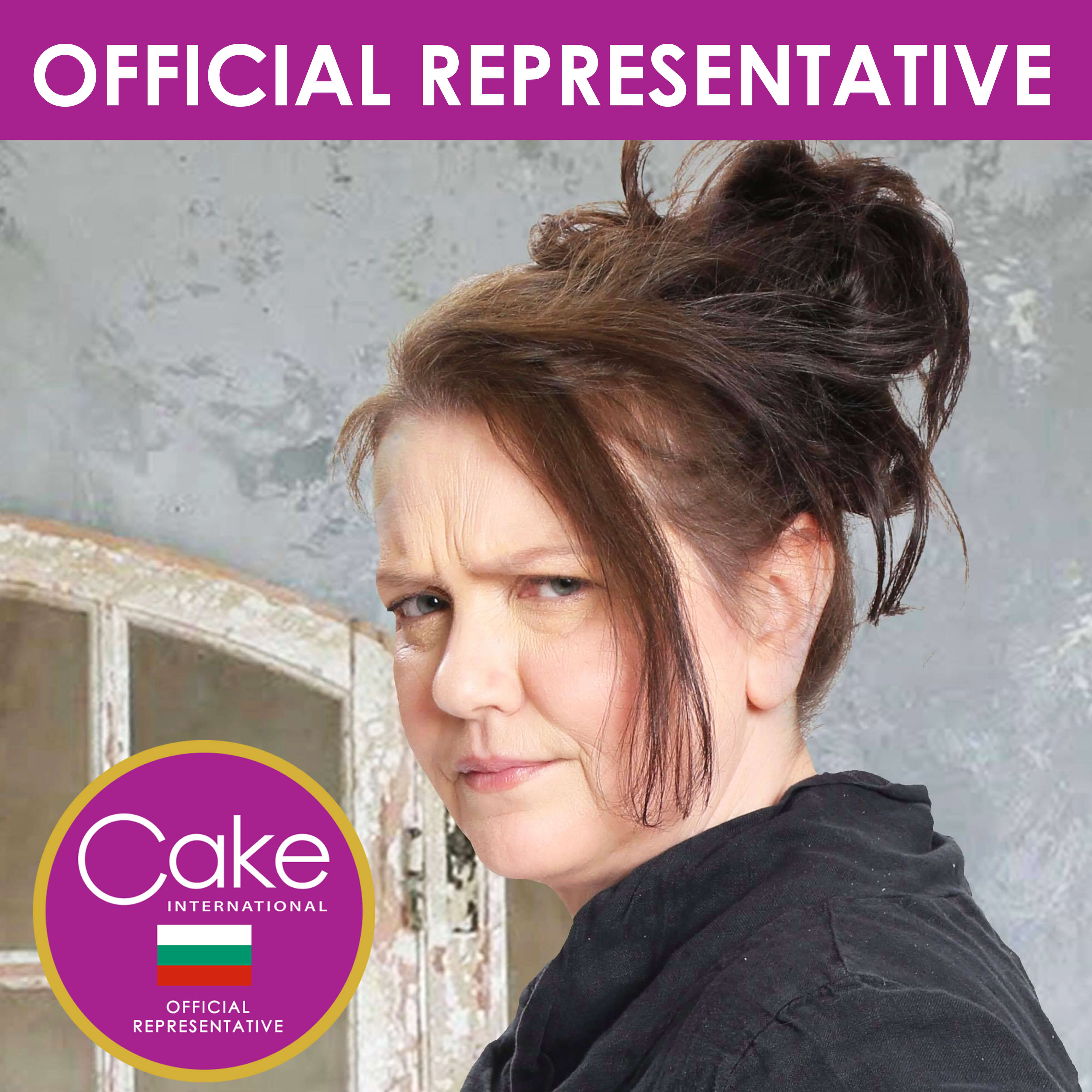 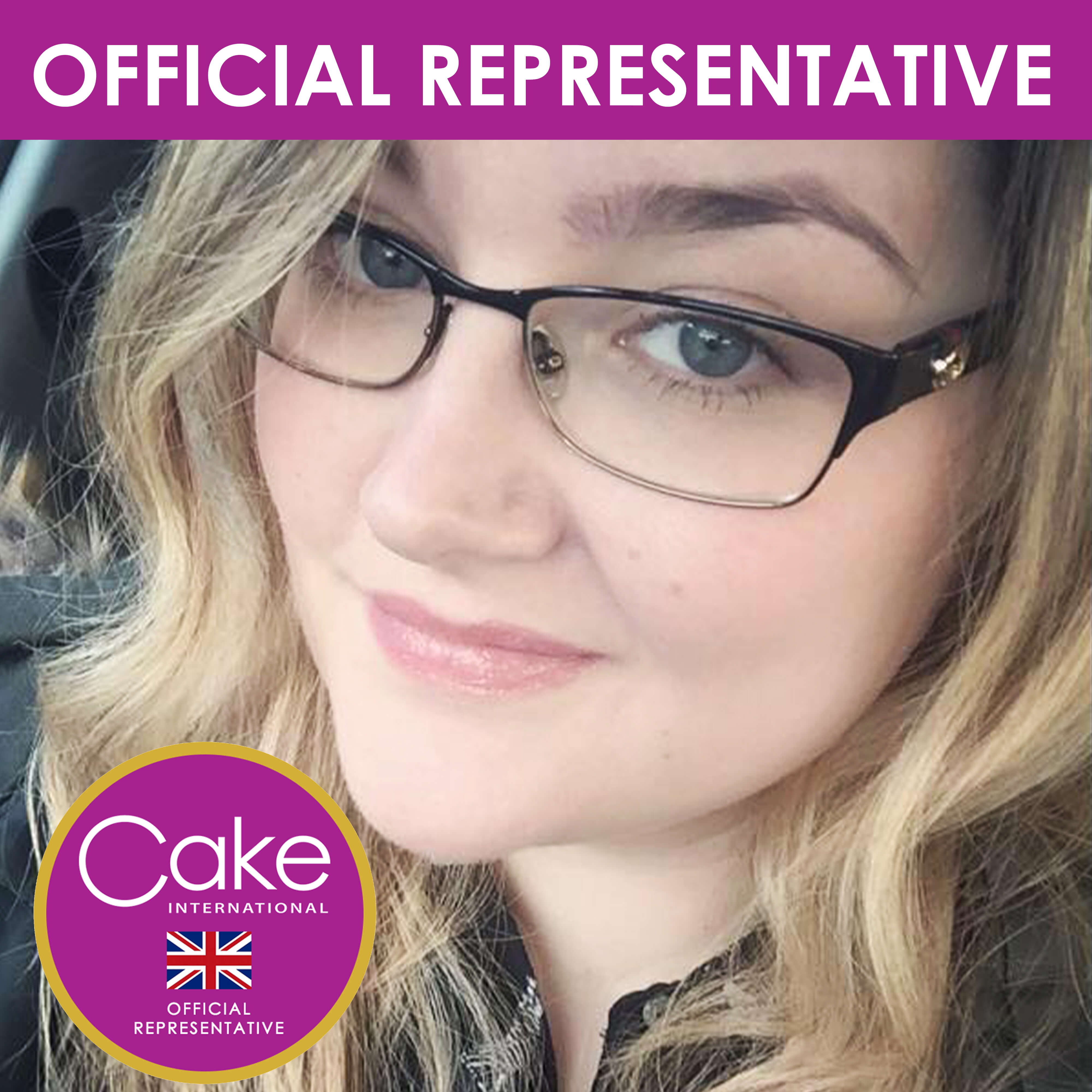 Stephanie started her cake journey in 2015. She soon found her passion in modelling and competing at Cake International seeing her achieve multiple awards.

Stephanie has also organised and taken part in several features at Cake International. 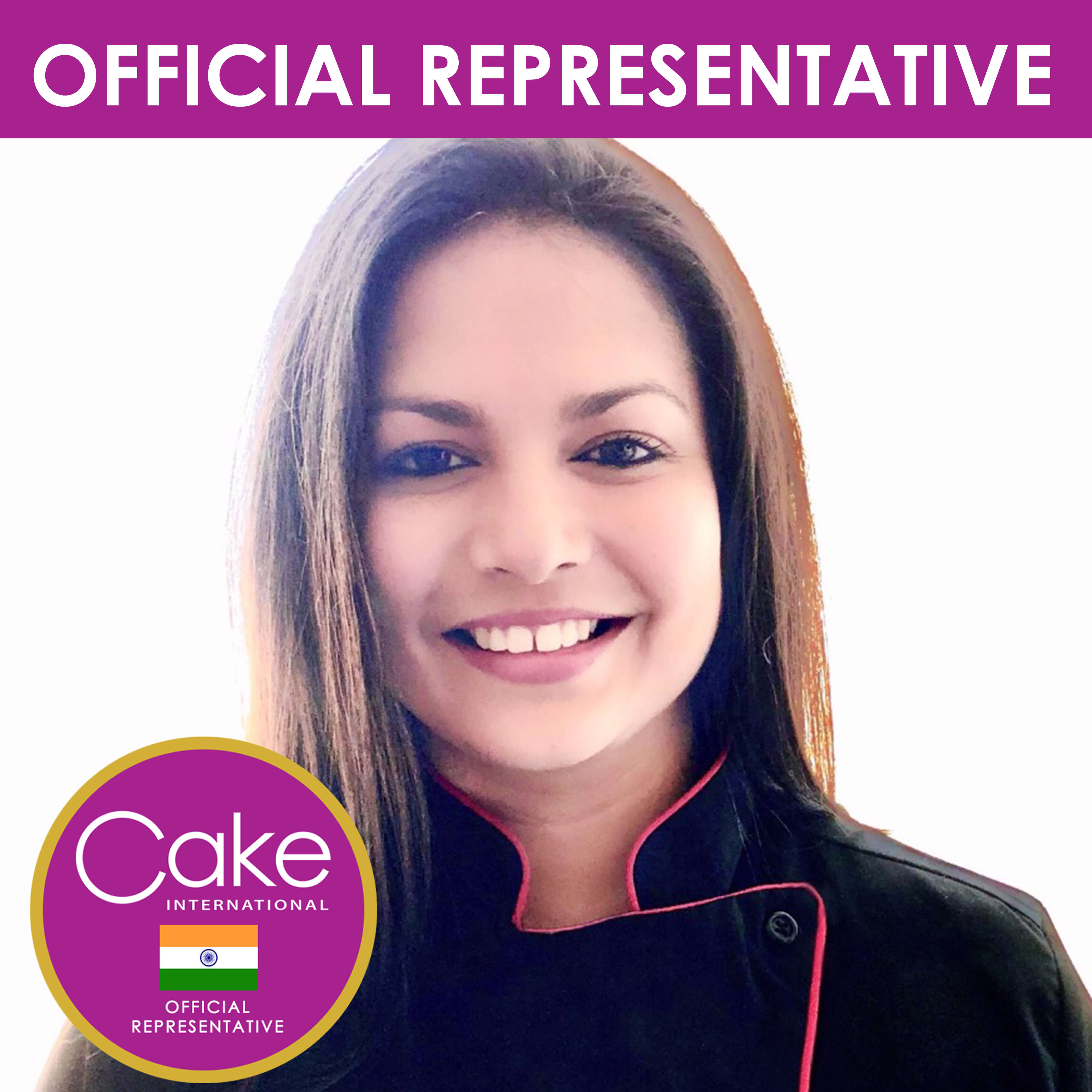 She has been pivotal in bringing the Indian cake industry to the forefront by serving as an ambassador to various organizations around the world.

Most recently, Tina led the life-size Indian Welcome display at the entrance of Cake International, Birmingham 2019. 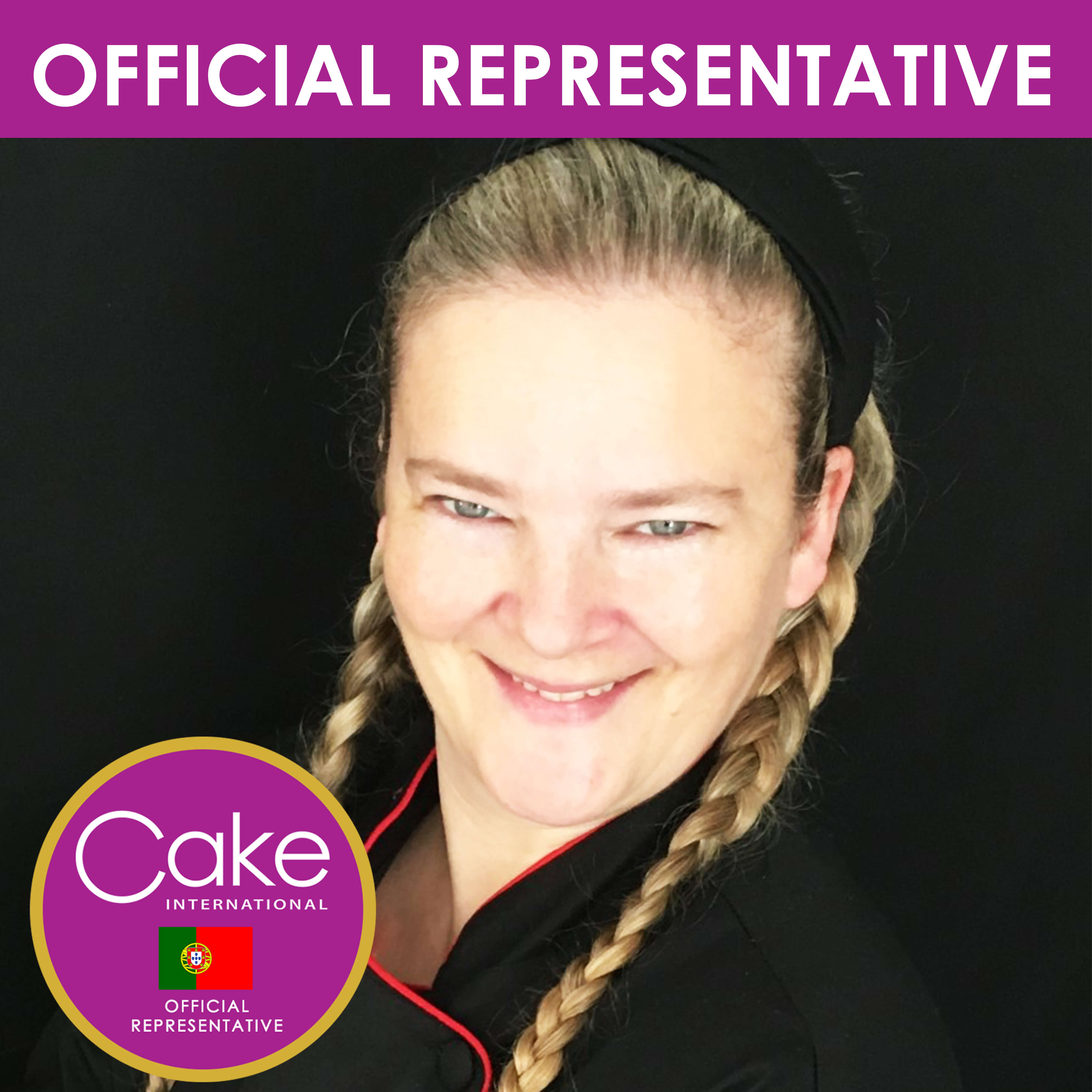 It was only after University, getting married and having children that Ana had her first contact with cake decorating.

What began with a mere curiosity, somehow became an obsession …She loves to study, create, choose shapes and colors, apply materials and techniques that allow her, most of the times, bold and amazing results.

The most awarded Cake designer in Portugal, it’s with great honor that Ana has won multiple International Awards and have seen her work stand out in the international press. 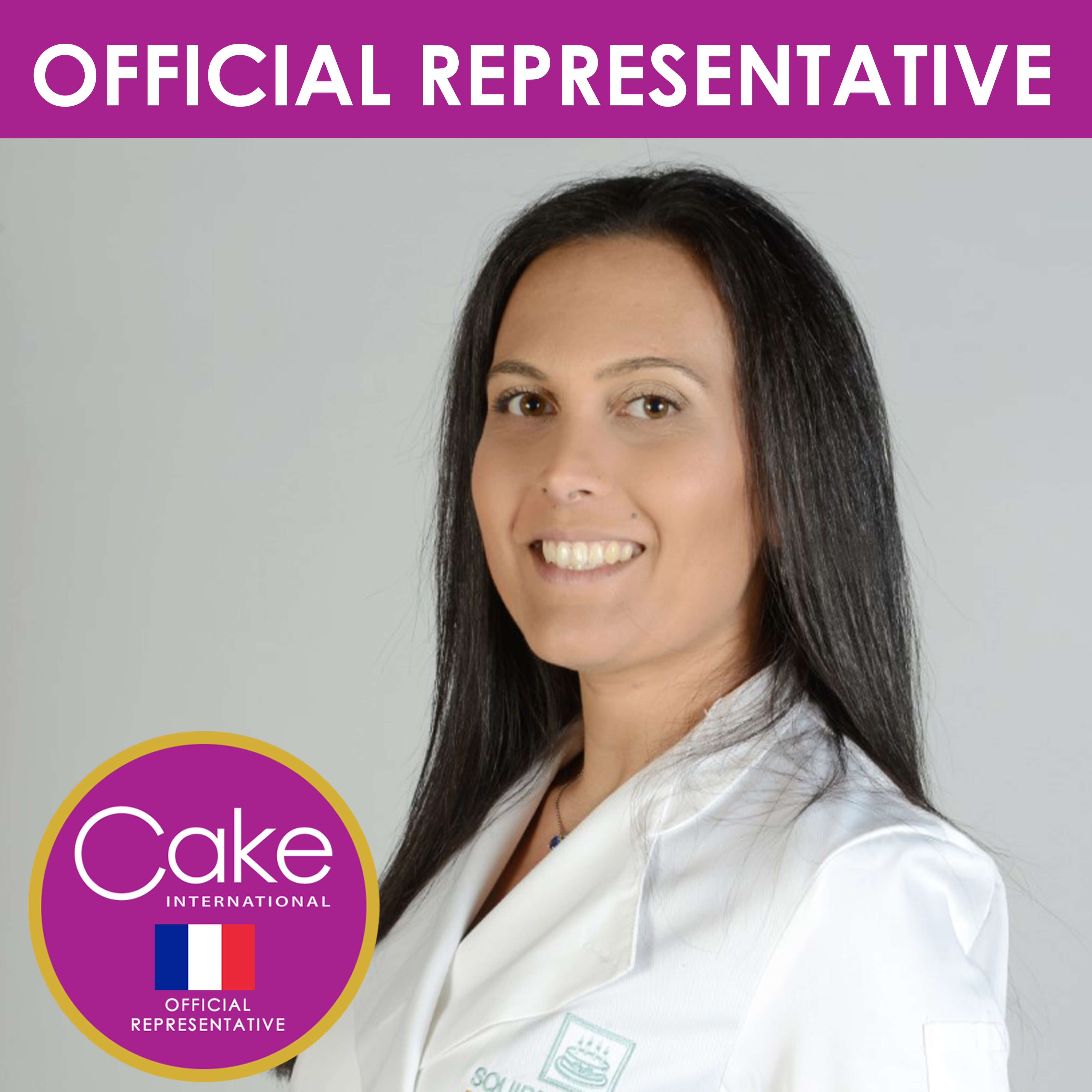 Graziella has two Master degrees in IT, Marketing, a MBA and after 13 years working in IT, she decided to follow her passion and dreams. Always fascinated by cooking and baking, art and nature, she found cake decorating and sugar flowers the perfect combination of all these skills.

Graziella runs her business Design Sucré in the South of France. Both a Cake Designer and Tutor, Graziella teaches Sugar Flowers and Cake Decorating in private and group classes in France and all around the world! 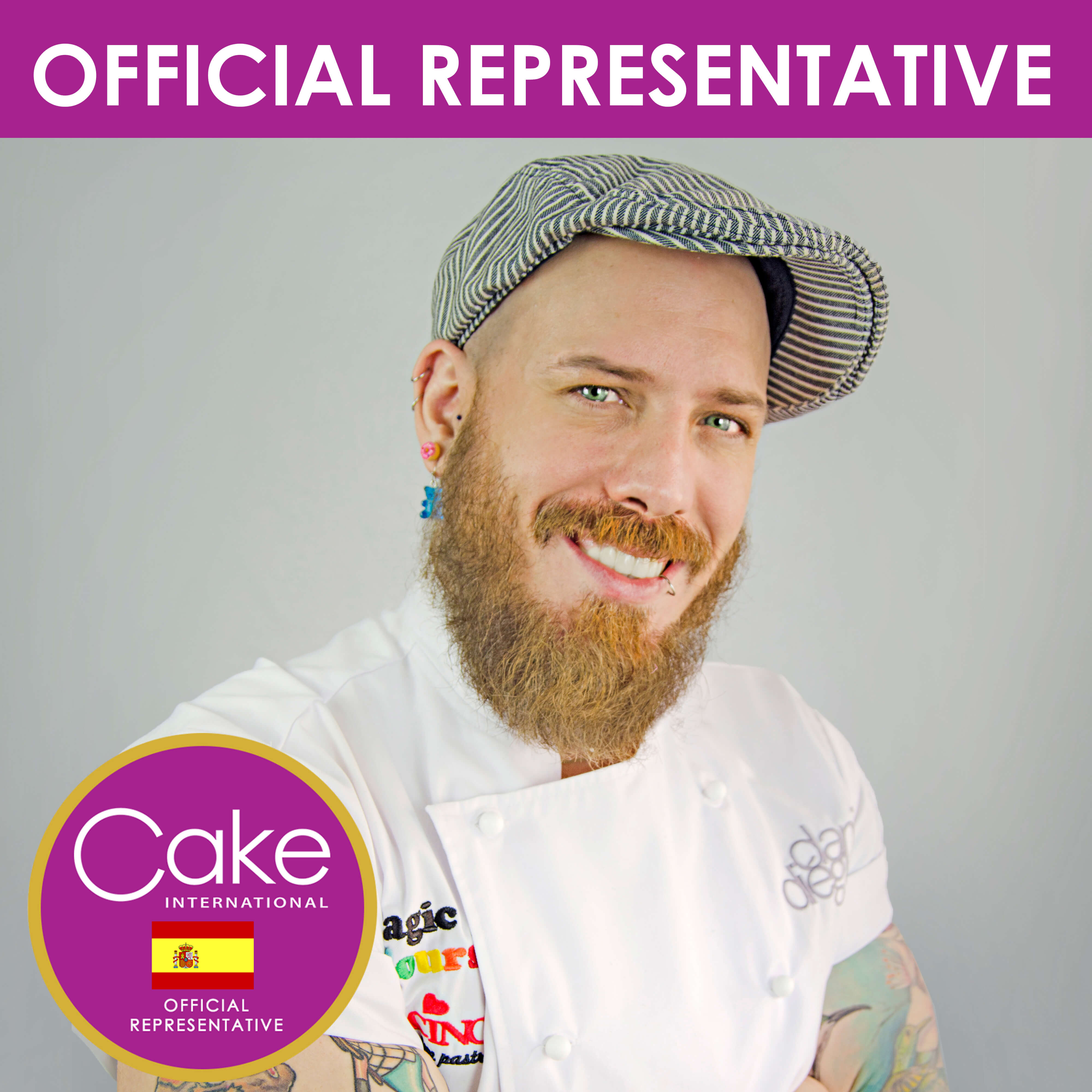 Daniel has been multi awarded and is a very versatile creator with a wide professional experience in teaching, design, illustration, artistic direction and pastry. 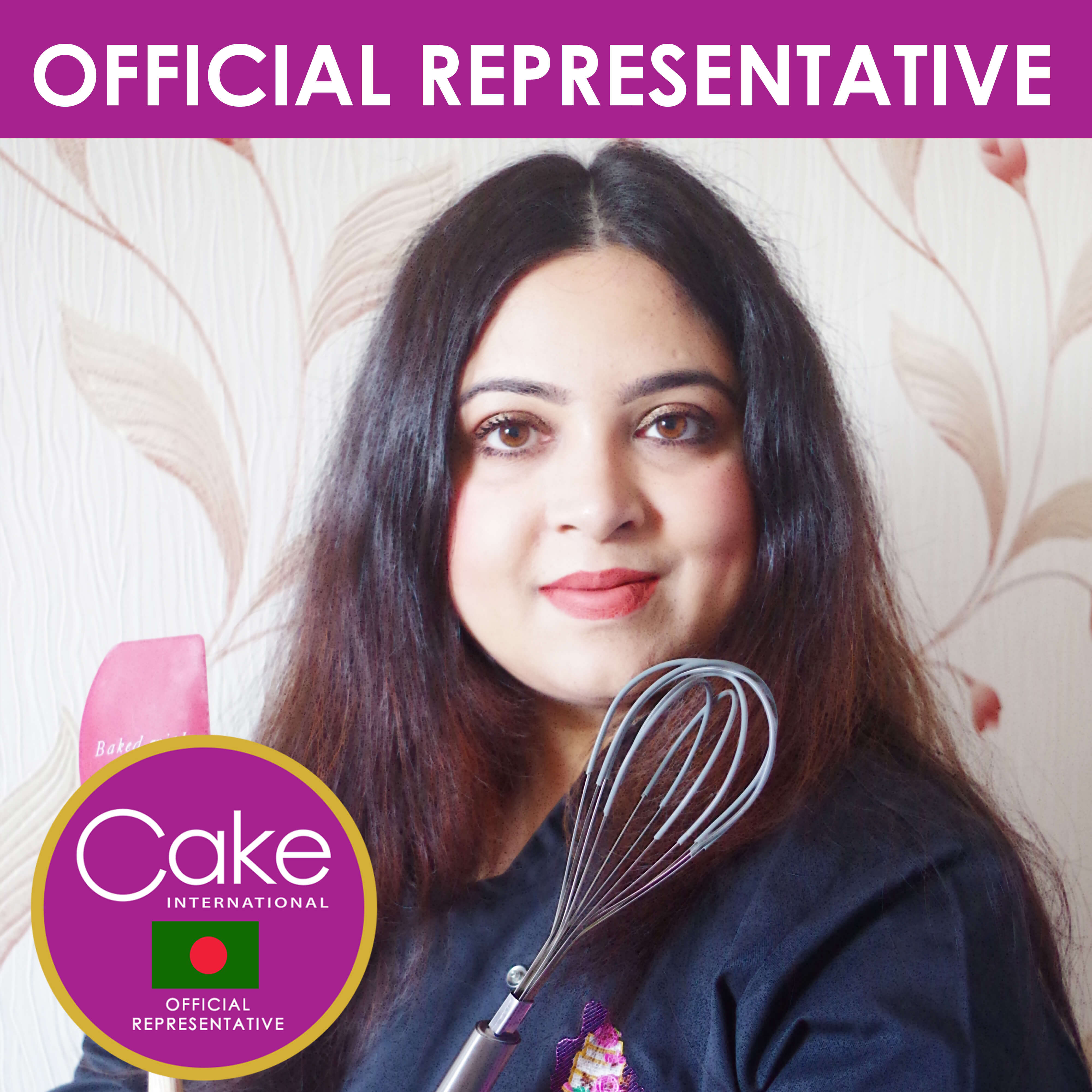 Tasnuta has completed a Bachelor of Business Studies in accounting & Level 3 diploma in payroll management in the UK. Since 2016, she has achieved masters of cake decorating & British qualified cake instructor.

She has been working to make the cake industry of Bangladesh standardized and introduced to the whole world. 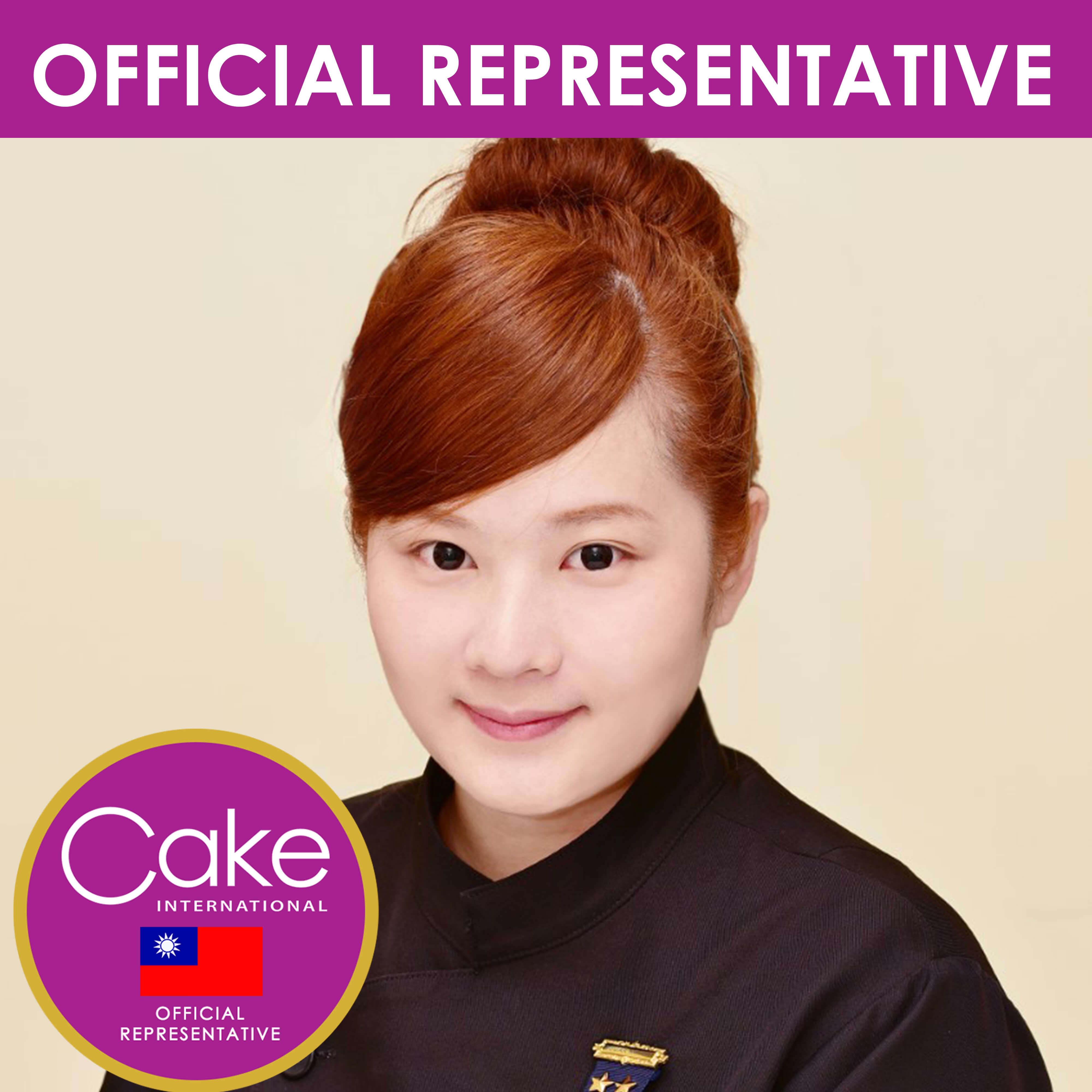 In 2014, Rachel Lee started to expand her passion for fine art into the field of Royal Icing decoration.

In the Cake International competitions, she was honoured with International Best in Show award, First Place award, and a couple of Gold awards. She was nominated as a finalist in the Cake Master Cookie Award in 2019.

Rachel has dedicated most of her time to promote and teach the art of Royal Icing, through her business ‘Le Petit Bonheur,’ while being part of the judges of several competitions.

Rachel has trained many professional certified instructors and award-winning competitors. 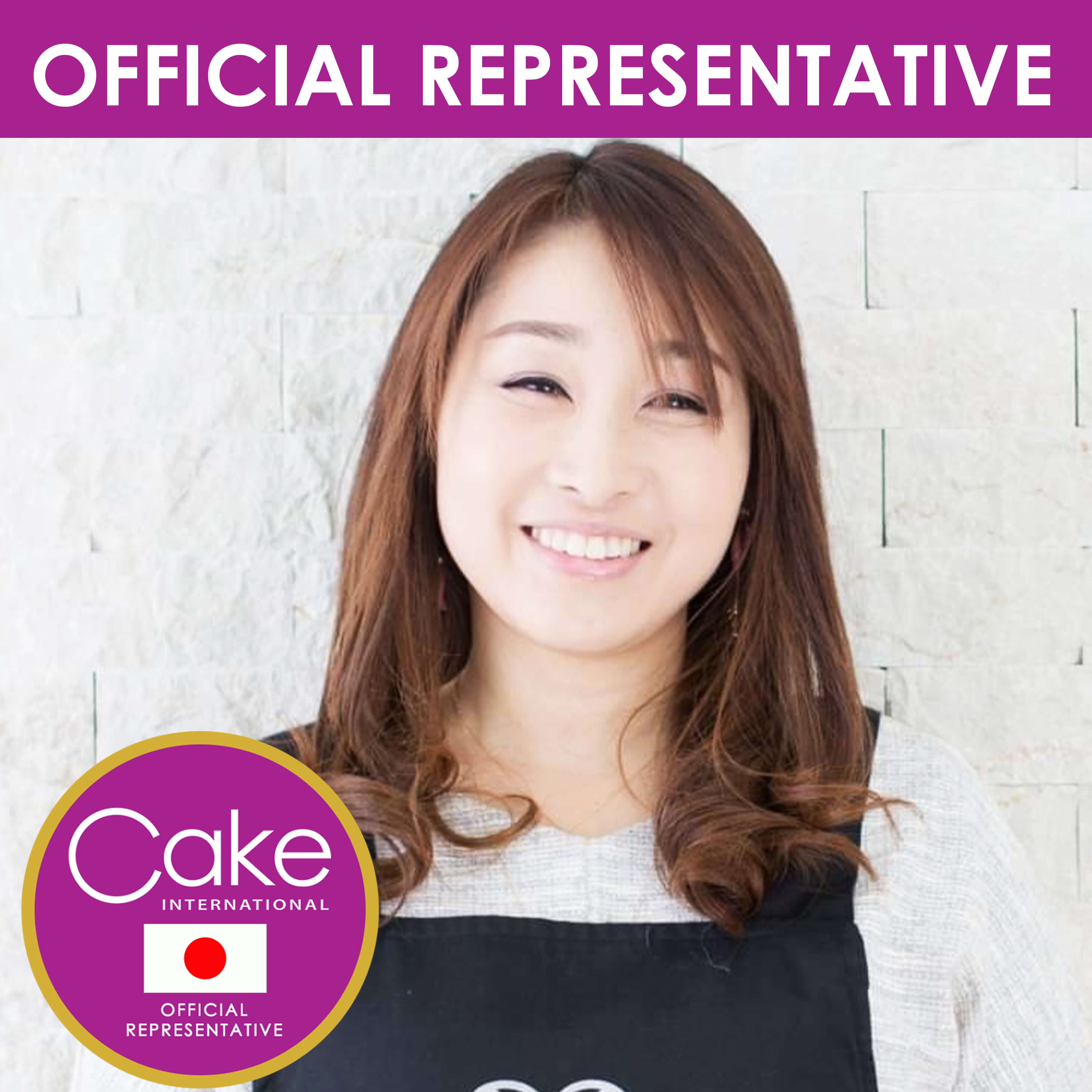 Norie’s speciality and passion is cookie decoration which began back in November 2014. She has a track record of winning domestic sugar artist competitions every year since 2015.  She participated in Cake International’s competition in Birmingham 2019, and received a Gold award in the cookie category.

She is a very unique artist and her work is creative and attractive. Her cookies are much more than just ‘Kawaii’ (cute).

Norie works full time in an office within an accounts department. She’s also a part time manicurist as well as a cookie decoration teacher! 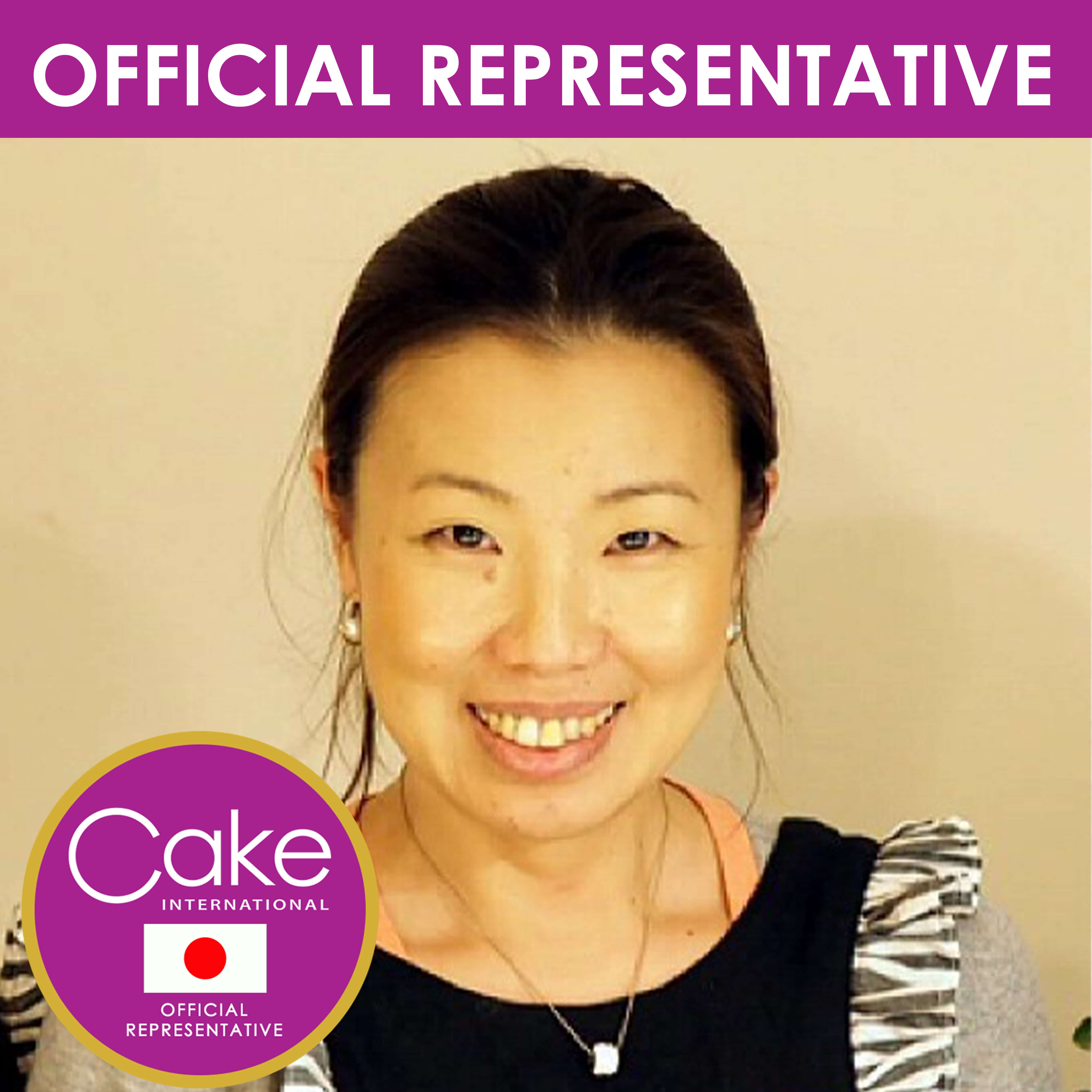 Makiko has taught over 7000 students and has produced more than 130 JSA* registered icing cookie instructors.

She endeavours to grow her students skill set and inspire them throughout her classes. Makiko is  passionate about supporting people who wish to turn their passions into a job.

*Japan Salonaise Association – an association created to help and support women who want to develop their own hobbies while raising children or working. 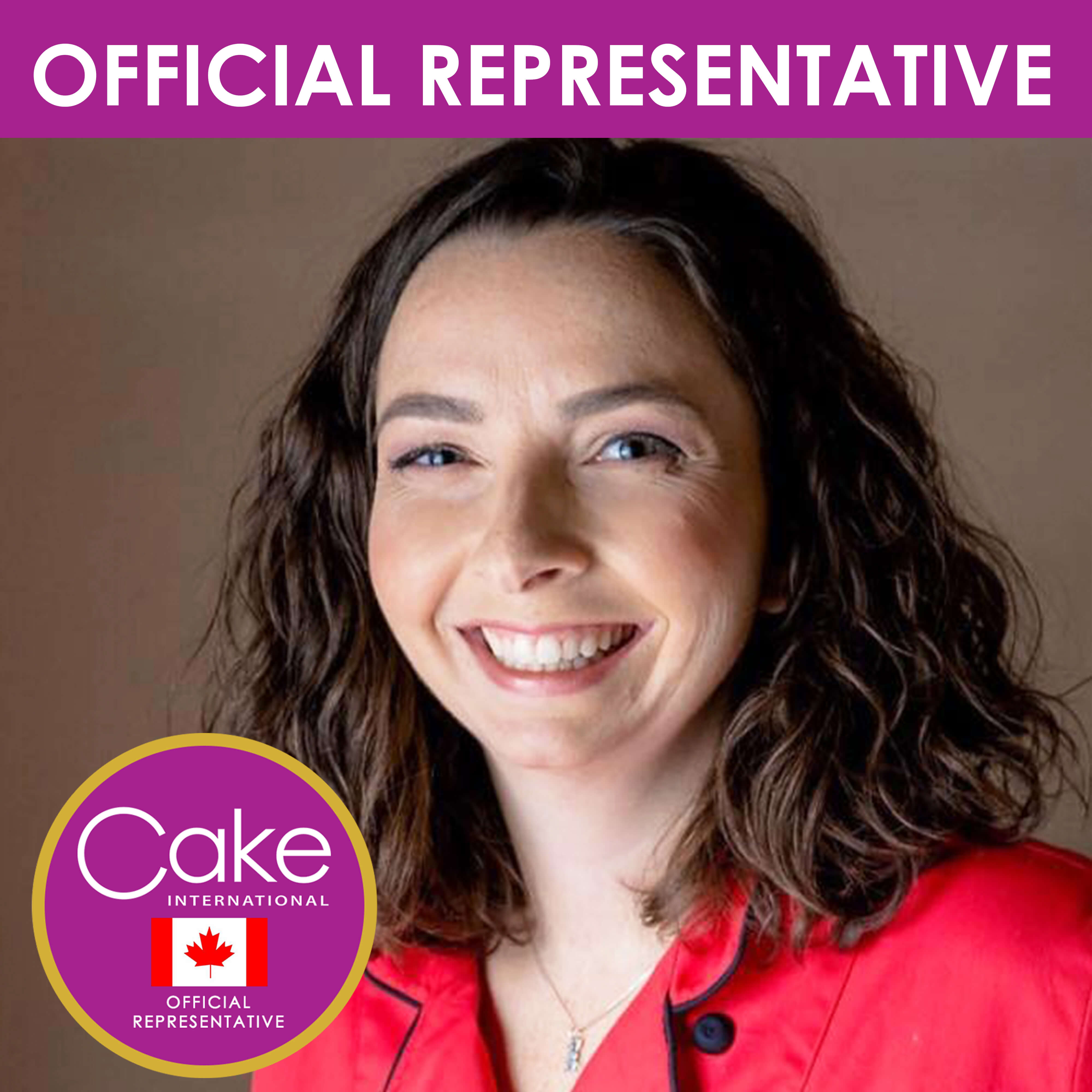 Starting at a young age with an easy bake oven, Chrissie was always interested in baking. In high school she ran a small cookie business that had her doing thousands of cookies every Christmas from her parent’s kitchen. It was only natural that she follow that love into a career.

Having discovered cake decorating part way though studying for a psychology degree in university, Chrissie opened a custom cake shop her second year of university.

That business is ever expanding and she is now the owner of Icing Inspirations and Too Nice to Slice in Ontario Canada where she teaches and hosts classes, creates custom cakes, and runs a small bakery – Sweets by Too Nice to Slice.

She enjoys giving back as the director of Icing Smiles Canada.

A busy mom of four children and loves showing them the sweeter side of life.

She loves to compete and was thrilled to place third runner up her first time entering the Oklahoma State Sugar Art Show, followed by second runner up the following year.

Chrissie loves spending time with her cake friends around the world teaching and judging at cake shows. She has had the honour of being part of many judging teams in the US as well as at Cake International.   The best part of the industry is the friends you make in it. 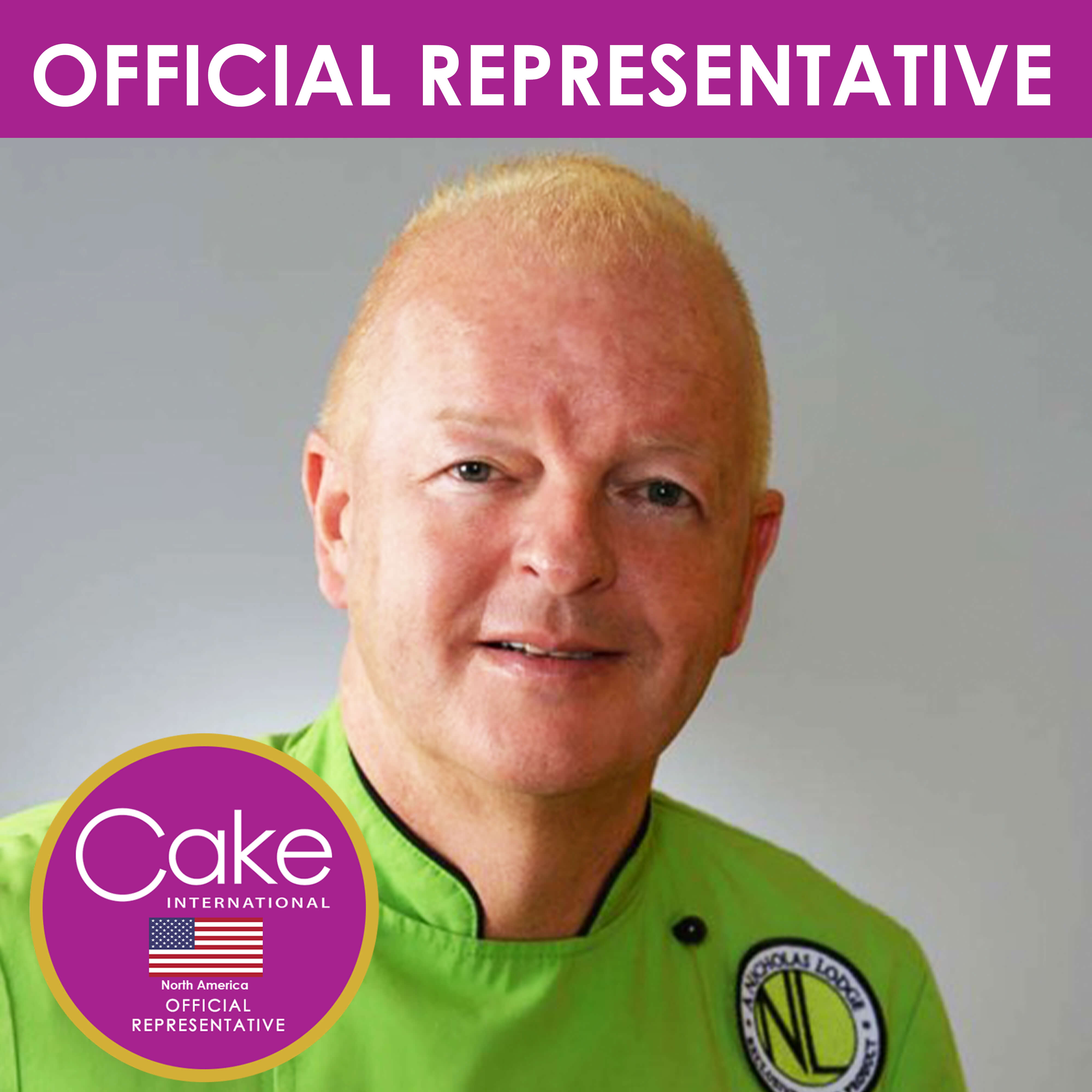 Chef Nicholas Lodge is one of the foremost Master Cake Artists in the world.  He has been sharing his knowledge and skills through classes, books, and DVDs for over 35 years. The field of sugar art has introduced him to royalty and celebrities, and has transported him around the globe.

Nicholas is internationally known, not only for his incomparable skills in sugar art, but also for the quality of his demonstrations and classes. He inspires enthusiasm in every one of the students in attendance. Over the years his teaching tours have taken him to 26 different countries, and he has introduced sugar art into unlikely places such as India, China and Fiji.

Nicholas spends his spare time searching for new and innovative ideas that can be introduce and adapted into cakes and sugar art. Part of this inspiration comes from his love of gardening, fashion, and interior design.

Stay up to date!

Please note that event details may change due to unforeseen circumstances.
Stay up to date!